Football is the world’s most popular sport, and that extends far beyond playing and watching. Football fans love predicting the results of games, the winners of rounds, and the champions of leagues. They also like being right; or at least more right than their compatriots.

Millions of people play fantasy football games and can spend hours on their weekly squad selections. Tens of thousands place bets with bookmakers each week, and even more make bets with their friends on the foundation of a handshake. Others just tell everyone what they predicted after the event and nobody believes them.

Our team wanted a way to run their friendly last man standing competition without someone getting the benefit of seeing other players selections before they made their own. A system to allow them to set up a competition, make selections in secret, and have the results processed automatically.

What started as a side project gained traction, and The Special One was born.

The Special One is a secure modern web application that players can join through Facebook or Twitter, or register for manually using a validated email address. Each week new competitions are available to join to win points and prizes, and players can create their own private leagues to play against their friends. Each round all remaining players select a team they expect to win and if they are correct they continue through to the next round. An incorrect selection means that player is eliminated from the competition. This repeats until only one participant remains to take home the glory.

Awards are given out for a variety of successful selections such as home win, away win, and winning by 5 or more goals, and there are global and friendly leader boards to keep track of how you’re performing against everybody else.

A separate administration site has been developed to allow for competition, league, and game week creation, result confirmation, and general site administration. A results feed from a third party keeps the scores updated in real time, and all games, leagues, and player points are processed in dedicated background services.

The Special One is an online football prediction game with a difference. It is based on traditional last man standing rules making it really quick and easy to play. It’s completely free and there are prizes available to be won. It couldn’t be simpler.

Join now and see what all the fuss is about! 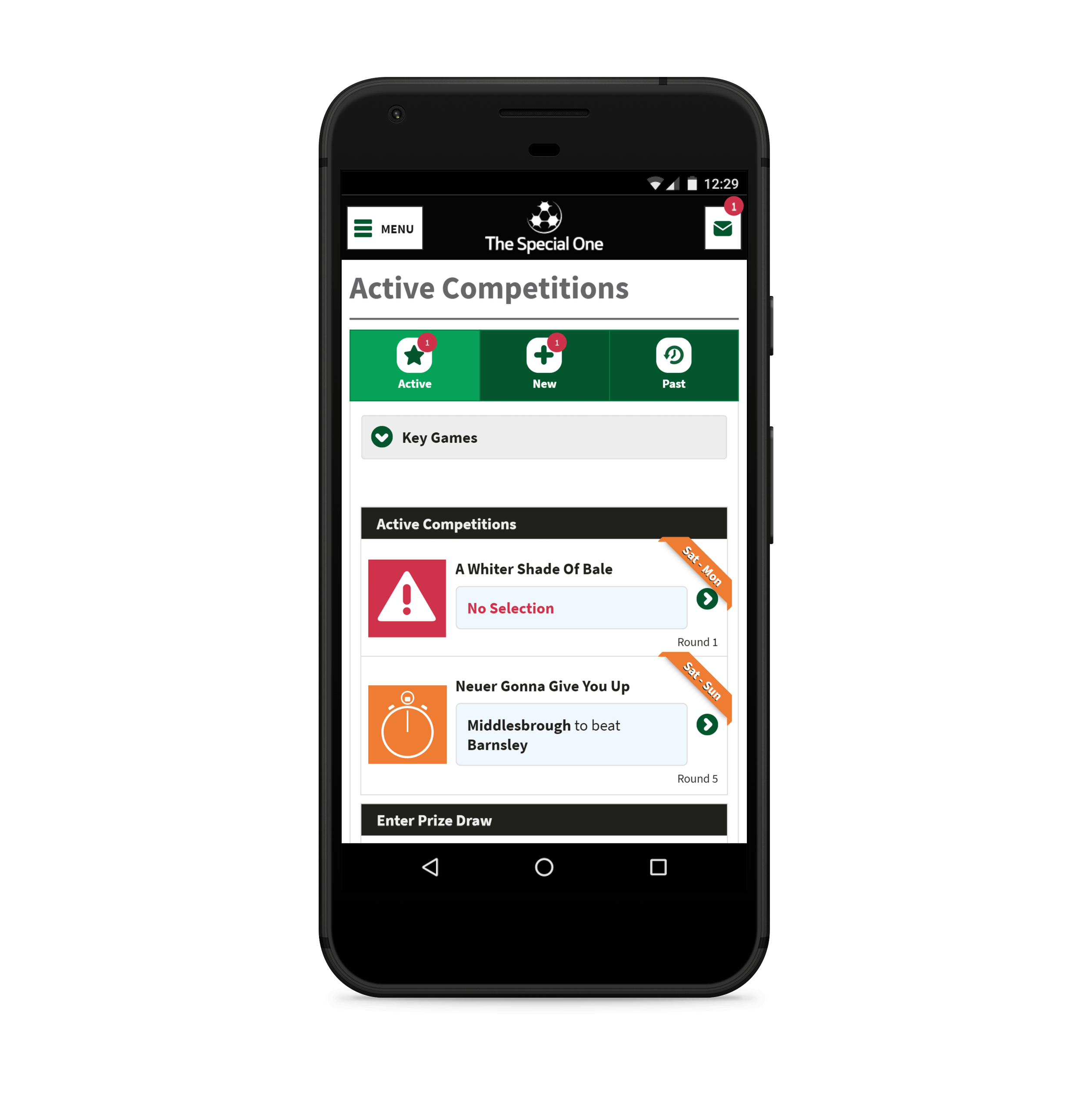 If there’s anything you want to discuss with us, drop us a message, and one of our consultants will get back in touch to arrange a call.